Beautiful grasslands and spectacular views: a ramble around the Milk River Ridge

What does sustainable ranching look like among one of Alberta’s largest remaining blocks of native fescue grassland? Chris Saunders and several other adventurers took a field trip down to the Milk River Ridge to find out: 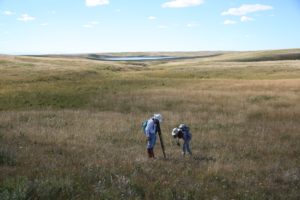 At about 9.30 am on September 9, 2020, 11 hikers assembled on the top of the Milk River Ridge at the Taylor Ranch ready to start on a hike in a westerly direction along the ridge. The weather was warm and sunny and, uncharacteristically for the area, there was no wind.

The Taylor Ranch leases a substantial amount of public land on the Milk River Ridge and grazes cattle on it. The Taylor Ranch is well known for high priority it places on the health of its grassland.

Before setting out the group was met by Audrey Taylor, one of the joint owners of the ranch. She explained her ranching philosophy which can be summarized as: the mission is to grow top quality grass and the success of all ranching operations flows from that. She indicated the Taylor Ranch seeks, as a very general rule, to leave 50% of the grass growth on the land and uses the other 50% to feed the cattle. She speculated that many other ranchers will use 80% for feeding which produces a significantly different landscape. She noted that the Taylor Ranch takes a different approach to many ranchers with respect to grazing by leaving more cow/calf units in place on a particular piece of land for only 1 month compared to much fewer units for 6 months. She believes this produces much better results for the grass and claims that a couple of weeks after the cattle leave the piece of land the grass has returned to its former state before the grazing started.

Audrey also described how she has turned down companies seeking to use her ranch land for oil exploration and production, wind power production and power lines.

After the meeting with Audrey, the group set off across the grassland, crossing 2 fences, to a magnificent viewpoint for lunch. This showed Miami Lake and related wetlands in the foreground and a panoramic view of the mountains to the west in both Canada and the US. Since there are no trails to follow it was necessary to simply walk through grasses ranging in height from a few inches to 2-3 feet. There are a lot of animal holes, created by badger, ground squirrel, foxes, coyotes and other animals. It was always necessary to look carefully to see where one was placing one’s feet. Falling into one of these holes could easily result in serious injury.

At lunch Cliff recounted his experiences, as part of AWA’s team, in helping to defend the Ridge from industrial development over many years.

After lunch the group walked down to the sandy beach of Miami Lake and took a different route back to the starting place, a total of about 9 km for the day.

Throughout the hike there was a tremendous variety of grasses, sedges and other similar plants to be seen, likely several hundred species. Cliff provided a wealth of information on what the group was seeing. In addition Tako provided interesting commentary on the geology of the area. For all of the participants this Adventure was a chance to learn a lot about the Milk River Ridge; its vegetation, wildlife, landforms and agriculture. 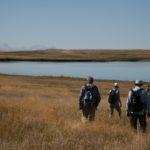 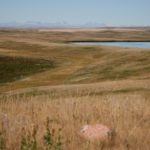 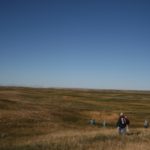 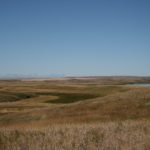 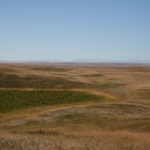 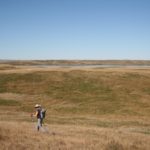 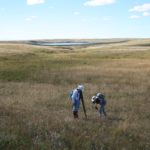 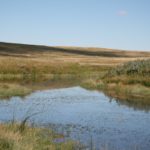 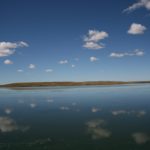 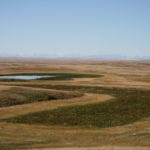 Oops! I am so embarrassed. In a previous post than

A big thankyou to all our sponsors, both individua

There's still time to get your very own bee box so

What a cool adventure folks got to have with Chris

On Thursday October 21 at 9:30 on Nose Hill Christ

Sneak in one last glorious hike in Kananaskis befo