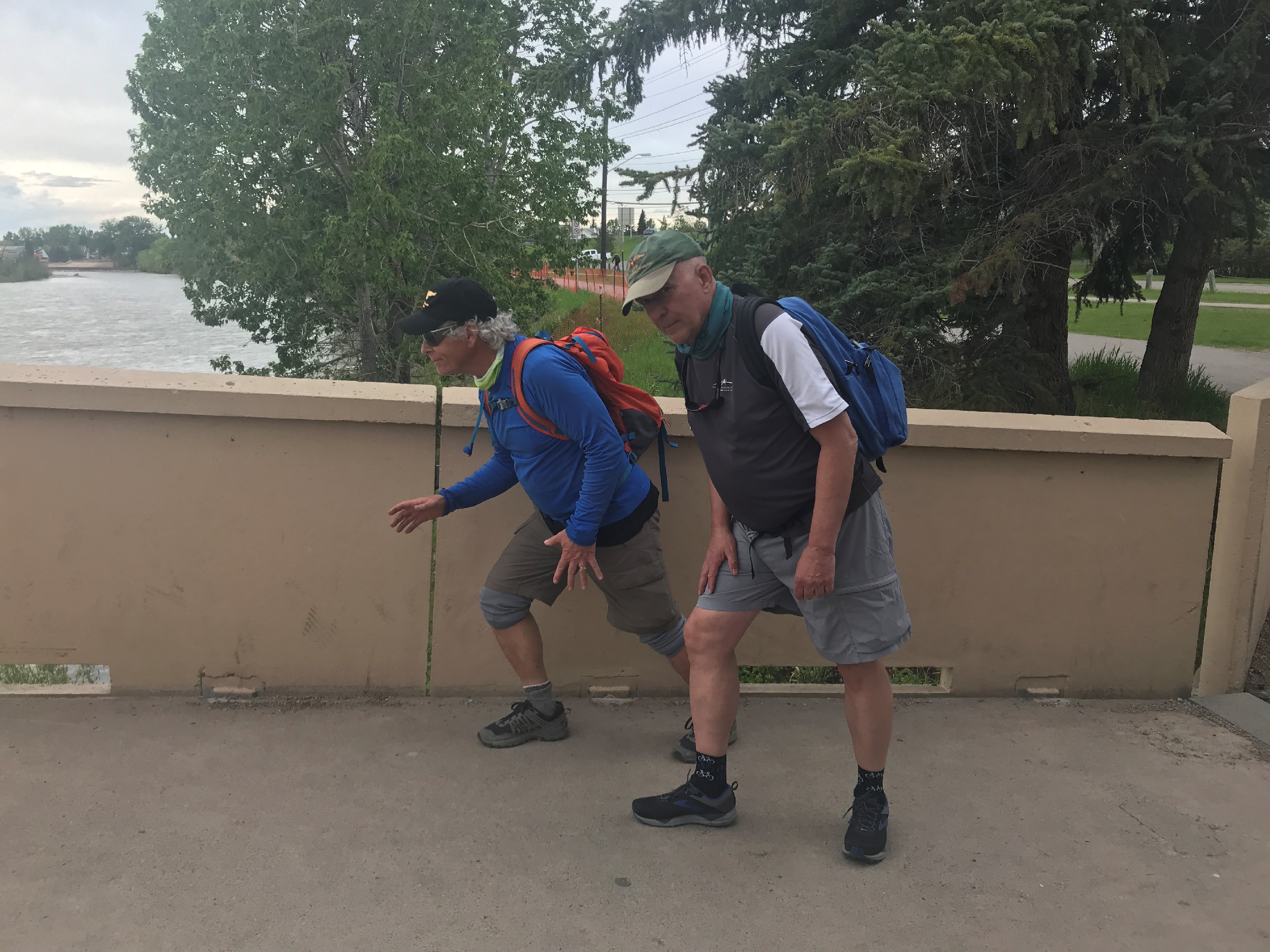 The ambition of this Adventure was to celebrate Bob’s 65th Birthday with 65 km of self-propelled travel, and what a great day it was! As per usual with outdoor adventures some of the route had to be made up as the team went along.

The Bow River though in flood would have been manageable for two experienced paddlers such as Bob and Jim but rather than risk soggy representatives of the AWA being pulled from the current by the Calgary Fire Department they settled on a early morning paddle across Ghost Lake and back again in Bob’s two person kayak. Remarkably, for almost two hours theirs was the only craft on the lake, and the water was mirror calm. An enchanting first leg to start the day. (14 km)

Next up was a cycle along the Bow River paths on the north side of the river from Bowness Park past the Calgary Zoo to 17 Ave SE, returning on the south side past Harvie Passage – quick snack break here – through the urban wilderness of Eau Claire back to Bowness. We are truly blessed to have such an extensive and thoughtfully laid out pathway system that brings all Calgarians so readily close to nature. A huge “shout-out” to the late Mayor Jack Leslie who resisted the efforts of “Calgarians for Progress” to move the CPR railway tracks and a four lane roadway right next to the Bow River. Can you imagine? (46 km)

The final leg was a fast up and down, and up again run through the trails of the Douglas Fir Trail next to Edworthy Park. Paths reminiscent of wet days on the West Coast Trail were encountered but did not dim the teammates’ spirits and likely even enlivened them. (6 km)

Thank you to everyone who donated to Bob and Jim’s Adventure for Wilderness. Your thoughtful generosity far exceeded our expectations. Your cumulative donations provided more than $7,200 to promote conservation of Alberta’s wildlife and wild places.

Be alert – plans are underway for next year! 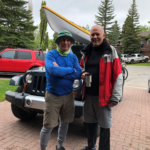 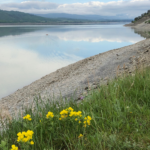 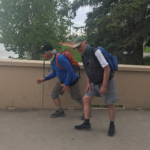 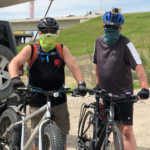 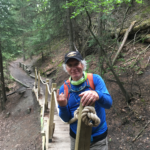