Adventure coordinators Rob and Tjarda share their story about the fun outing they organized in early July: 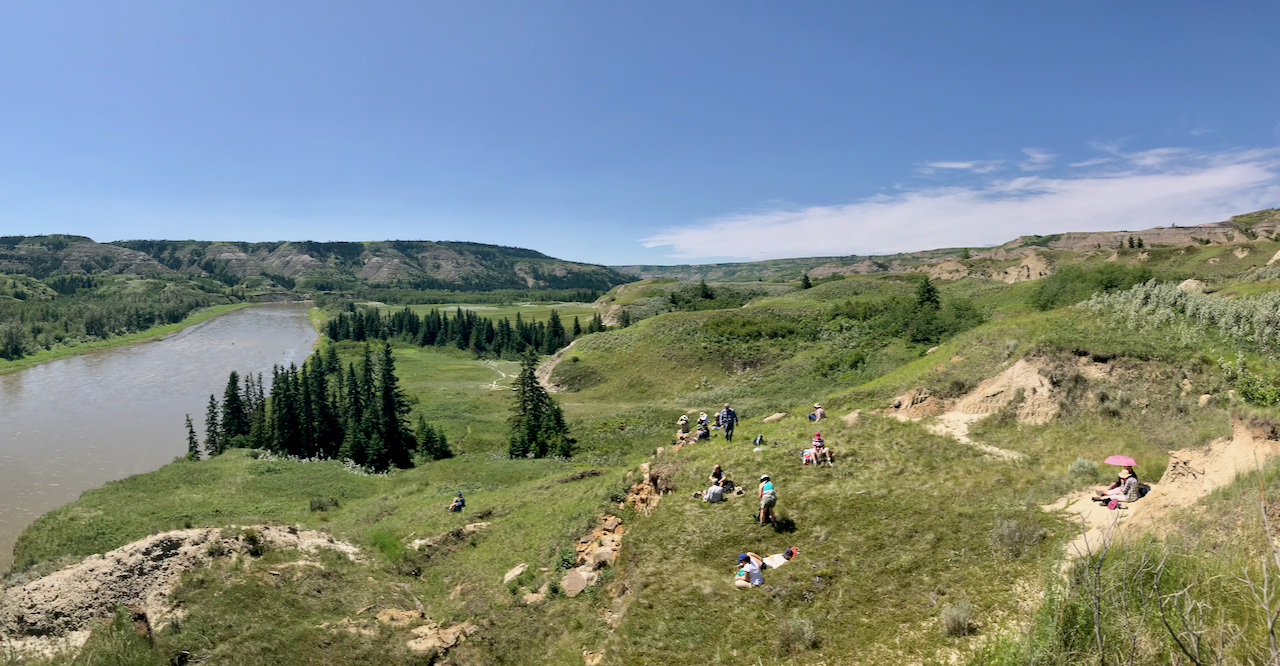 AWA’s two-part adventure, “Dinosaurs and Badlands”, was held on July 2nd and 3rd, 2020. The first part of this event was an evening slideshow presentation on “The Palaeontological Wonders of Alberta” delivered on-line via Zoom by one of Alberta’s prominent palaeontologists, followed the next day by a hike to the world renowned Albertosaurus bone bed in Dry Island Buffalo Jump Provincial Park. The hike portion of this event was fully subscribed with 18 participants, with an additional 15 registering for the presentation only; for a total of 33 participants.

“The Palaeontological Wonders of Alberta” by Dr. François Therrien, Curator of Dinosaur Palaeoecology at the Royal Tyrrell Museum:

This was a captivating presentation on the abundance and diversity of dinosaur fossils found in Alberta. We are one of the top five places in the world for finding dinosaurs. Dr. Therrien explained why Alberta is so rich in dinosaur fossils, which is a combination of three factors: rocks need to be of the right age, that formed when dinosaurs were alive; they need to be sedimentary rocks, which are the only type that will preserve dinosaur remains; and these rocks need to be exposed at the surface for dinosaur fossils to be discovered. Alberta has the perfect combination of all three. Dr. Therrien described the many important dinosaur discoveries made in Alberta over the past 120 years, with emphasis on the Albertosaurus bonebed originally discovered in 1910, the full significance of which only came to light after Dr. Philip Currie of the Royal Tyrrell Museum resumed excavations in 1997. What is interesting is that many of the dinosaur discoveries in Alberta were made not by professional palaeontologists, but by the general public and industry. At the end of the presentation Dr. Therrien answered in depth many interesting questions which added greatly to our knowledge of this interesting subject.

We had a perfect day for the hike, bright and sunny, and the wildflowers were out in full bloom. The excellent presentation the night before prepared everyone well for the hike. We also had the added benefit of having AWA member Tako Koning, a professional geologist, on the hike to explain the geological features and rocks we saw along the way.

As we walked and scrambled down fascinating badlands, crossing millions of years of geological history, we tried to imagine the lush subtropical forests and flood plains that existed here 70 million years ago during the age of dinosaurs. The park is home to two world renowned palaeontological sites: the Albertosaurus bonebed and Pisces Point. The rock formation at Pisces Point represents the last 900,000 years of the age of dinosaurs. Fossils of freshwater fish found here show that many lineages of modern fish originated in the cretaceous period and survived the Cretaceous–Paleogene (K-Pg) mass extinction. This is very significant and has drawn worldwide interest. The Albertosaurus bonebed is significant for the large number of Albertosaurus found here. Domination by this animal in a single quarry suggests that these animals were living together as a pack at the time of their deaths.

We stopped for lunch on a grassy bench overlooking the Red Deer river surrounded by beautiful wood lilies and flowering cactus. After lunch we followed a deer trail across a lush wooded coulee before breaking out onto an open plain at the foot of the Dry Island mesa and walked across beautiful grassland and prairie fescue. Our route home took us over the top of Dry Island which offered great views of the Red Deer River meandering through this magnificent landscape with the Buffalo Jump in the distance.

From the positive feedback we received, the combination of a captivating presentation followed by a wonderful hike in one of Alberta’s unique landscapes, was a memorable and thoroughly enjoyable AWA adventure. 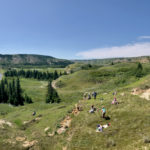 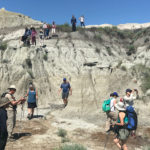 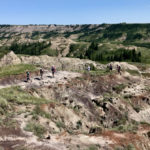 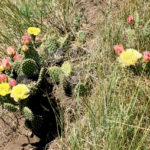 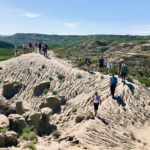