Wendell Koning is a Limnologist / Water Quality Specialist, recently retired after 20 years with Alberta Environment and Parks. He thus provides a unique insight as he discusses his experience on the August 11 “Ghost Wildfire Exploration” Adventure coordinated by Heinz Unger: 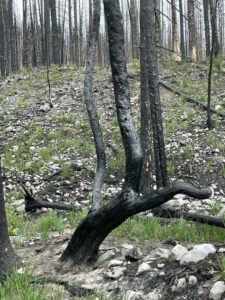 In August 2020 there was a small forest fire of about 200 ha that burned in the upper Ghost River watershed. Then in September-October 2020 there was a much larger fire in the watershed that consumed 3500 ha. Many of the inhabitants in the watershed were put on high alert for potential evacuation. In the end evacuation was not required, but the fire was extensive. So, it was with much interest and anticipation that 8-10 of us signed up to be part of this AWA tour led by local inhabitant, and (uber fantastic) AWA volunteer, Heinz Unger and son, Kris.

We met on the morning of Aug 11, 2021, off Highway 40 where it intersects with the Transalta Road (this was located about 30 km northwest of the turn off onto Highway 40 from Highway 1A, i.e., northwest of Waiparous). We then carpooling to complete an additional 16 km on the gravel Transalta Road. We parked in the Ghost valley and then walked along the valley bottom (flood plain) of the North Ghost River to the Black Rock Mountain trailhead area which was burned, and there we explored the area in detail.

Our specialist on the tour was Professor Edward A. Johnstone of the UofC Biosciences Department; his area of research is primarily in the contact between the geosciences and ecology. Professor Johnson had us spell-bound several times when we stopped for site-specific observations coupled with much fire theory, fire behavior modelling, and meteorological science of fires. The trip lasted MUCH longer than was estimated for the tour, as the discussions continued and continued, they were delightful!

It was very interesting to see how after just one growing season, much greenery was coming back. We walked through heavily burned areas and, in some places, just meters away, the land was untouched by the fire, perhaps due to specific slope or aspect, or wind variations at the time.

Fires are a natural part of our forest ecosystems, they result in the beneficial release of nutrients, and opening of the forest canopy for new growth, – and therefore can result in a greater biodiversity within a given area. Forest fires occur from two sources, 1) – natural sources, namely from lightning strikes; and 2, from human activity, either intentional (arson), or more often, unintentional, for example, campfires not fully extinguished; from tossed cigarette butts; or from sparks and heat from the hot exhaust pipes of motor vehicles.

Currently, are we experiencing more forest fires now? Yes, a) climate change is real and having an affect (more heat, more extended periods of high-pressure systems), and b) as per earlier, there are more people living, working and recreating in the forest areas resulting in more human-caused forest fires.

Are forest fires hotter today than in the past? We hear that fire suppression for the past 100 years (our current form of forest management) has resulted in buildup of more brush, more fuel for fires? Apparently, not, since along with the additional growth (fuel buildup) in the forest understory due to longer periods between fires, there would be additional death and decomposition. However, the Alberta “Fire-Smart” program which includes promotion of removal of brush etc. from wooded areas inhabited by humans – is excellent, effective, and very appropriate for those who have cabins and houses in the woods, in rural or wilderness areas. See: https://wildfire.alberta.ca/firesmart/default.aspx

The tour was 100% first class, I’m sure I speak for all the attendees, we learned a ton – and it was fun! Kudos to the AWA for highlighting this issue via the Ghost Watershed Tour. 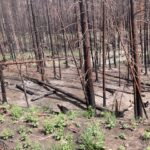 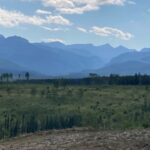 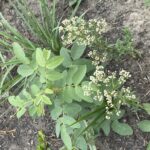 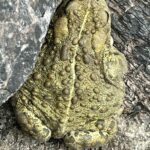 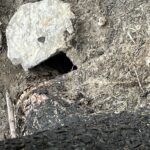 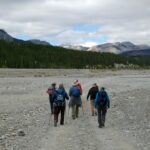 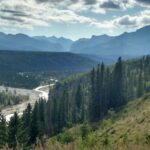 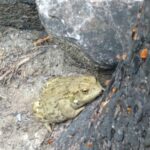 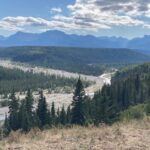 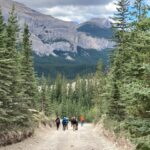 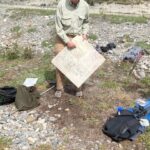 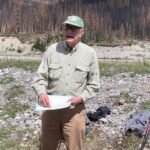 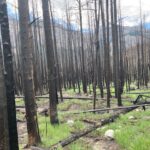 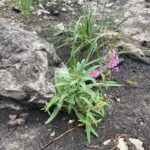 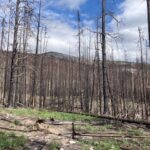