The Grateful Memory of a Rare Alberta Conservation Victory: Unicorn Hunt in the Whaleback with Kevin Van Tighem

Renowned Alberta naturalist and author Kevin Van Tighem was gracious to lend us his expertise on a hike through one of AWA’s favourite wild spaces: the Whaleback Ridge. Recalling the history of how this wilderness area was famously saved from development, he relates how the day’s Adventure went: 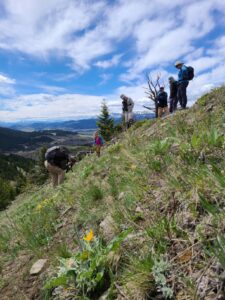 Eleven hikers joined trip leader Kevin Van Tighem, AWA adventures coordinator Lindsey Wallis and a happy six-year-old unofficial nature guide to explore part of the Bob Creek Wildland on May 28. This year’s slow spring made for easy walking as the trails were dry and, once we headed off-trail, the grass had only just begun to thicken. Evidence of wildlife was everywhere but we had to make do with a single sighting of some white-tailed deer as we headed up a creek and then began the long climb to the top of a foothills ridge. There were plenty of early flowers to distract us from the long uphill slog: balsamroot, alpine forget-me-not, shooting star, buffalo bean, cinquefoil, yellow and blue violets, kitten tail and many others.

Up top the group enjoyed a panoramic view from the Livingstone Range, Oldman River Gap and Bob Creek valleys east to the long forested swell of the Whaleback Ridge. It was a rare wind-free day: an added gift. The lunch stop was not far from an isolated hayfield in the valley below that almost became the site of an Amoco gas well back in the early 1990s. Had that well been drilled and proved productive, it likely would have triggered the development of roads, pipelines and other well sites all through that landscape but — thanks to the determined and principled efforts of groups like the Alberta Wilderness Association, Nature Conservancy of Canada and Canadian Parks and Wilderness Association, working in collaboration with area ranchers and long-time recreational users of the area — that threat was averted when Amoco surrendered its lease and the whole area was protected under Wildland Park and Heritage Rangeland status. As a result, we enjoyed two rarities as we ate our sandwiches among the wildflowers: an entire foothills landscape devoid of roads, and the grateful memory of a rare Alberta conservation victory.

The return trip was along a ridge crowned with wind-gnarled limber pines and Douglas fir trees, surrounded with the green spikes of newly-sprouted rough fescue and the intense colours of tiny wildflowers. We ended the hike as we had begun it, with a wobbly crossing of an un-bridged creek which most boots survived. Back at the cars the last flycatchers were still calling. It was a fine day with a fine group of people. 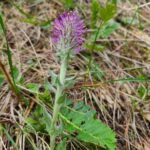 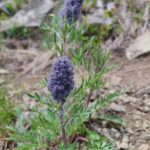 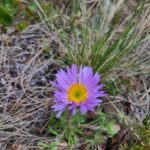 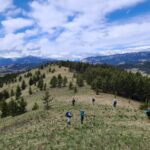 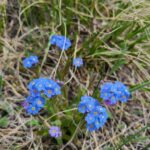 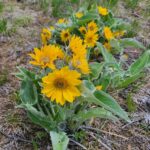 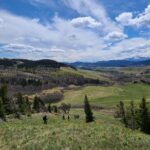 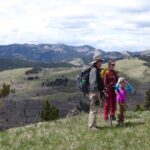 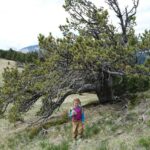 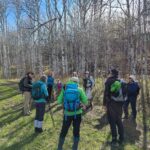 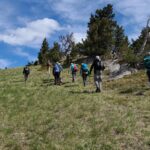 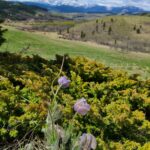 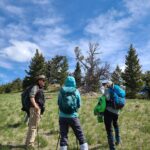 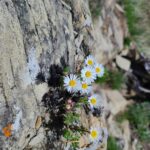 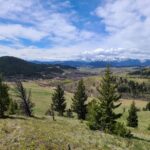 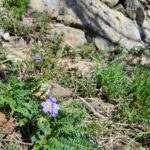 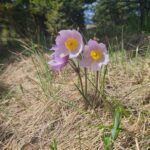 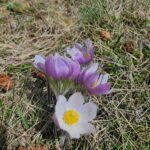 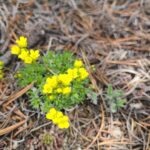 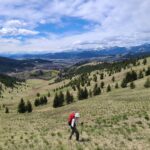 Who's the goodest boy?! That's the question we'll

Do you know where this is? There are fossils hidin

This weekend's adventure with Tako Koning is your

Happy #widlifewednesday! Do you know where in Albe

How many of these flowers can you name? These are

Spring is emerging out of the prairie earth! Where

A glorious day for prairie skies and views of the