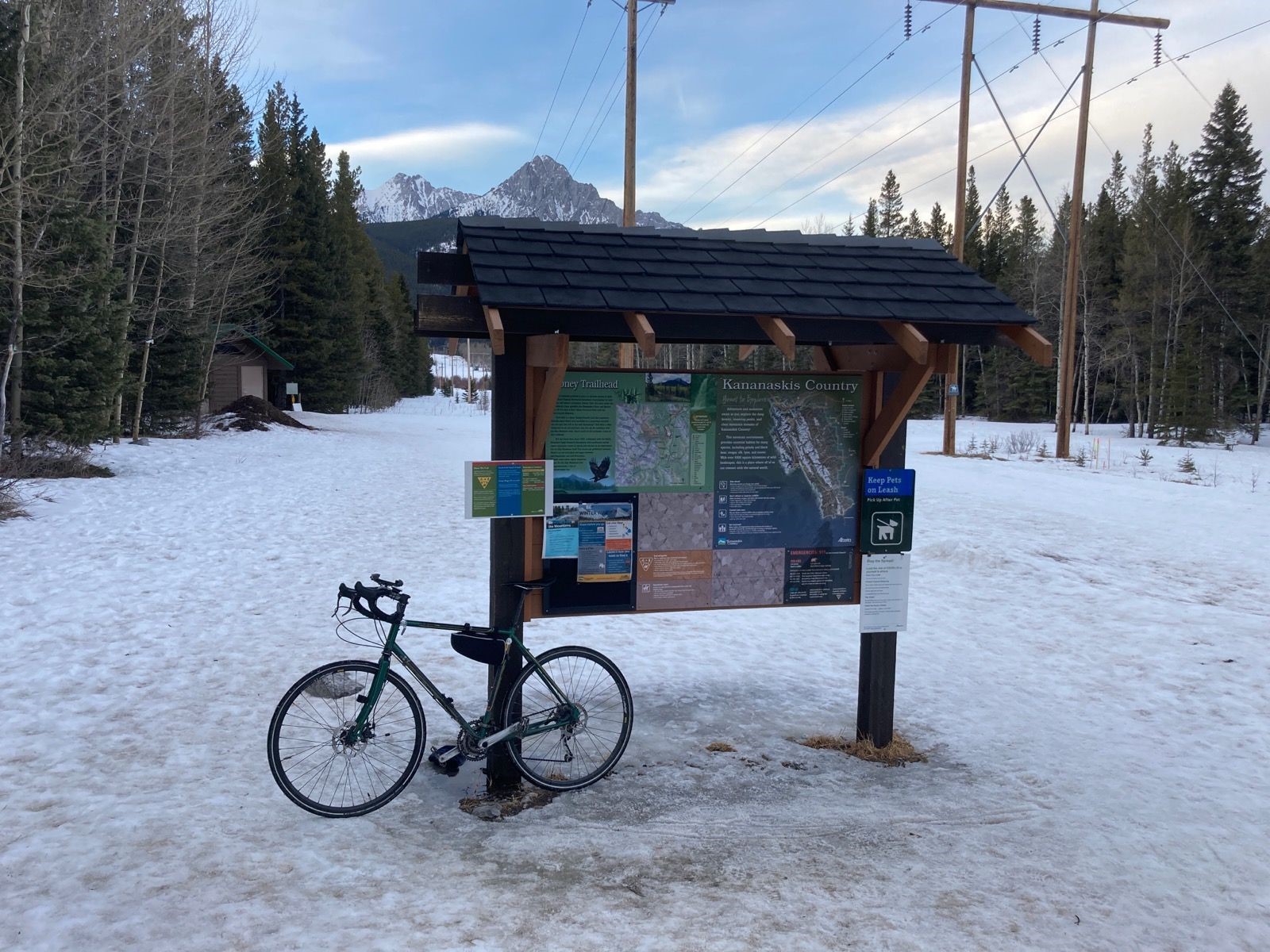 Follow Sean this June July as he bikes around Alberta on a 3,500+ km odyssey, visiting the 164 parks formerly slated for delisting by the Government of Alberta in 2020. Sean will be posting regular updates, photos and videos from each park, telling the stories from this emerald archipelago that we came so close to losing.

The trip will end at the last park on the list, the Strathcona Science Provincial Park in Edmonton where we will celebrate the occasion with a rally to support Alberta Parks, which all friends and supporters are invited to join in!

The celebration will be held at The picnic area at Strathcona Science Provincial Park at 10:15 AM on Friday July 30, 2021. If you are in the Edmonton area, I hope you can come out - would to see you there and chat! 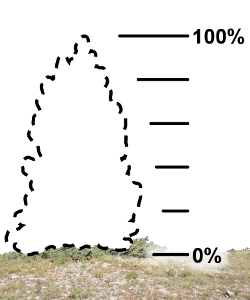 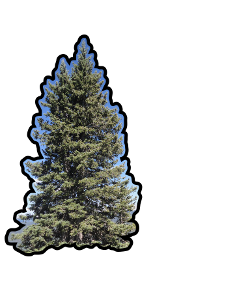 Sponsor this adventure now and help make the tree grow!

All donations to AWA are eligible for a charitable tax receipt.

Why Sponsor This Adventure?

All money donated in support of this bike trip will be put toward AWA's work protecting our park system from closure and other ongoing threats. 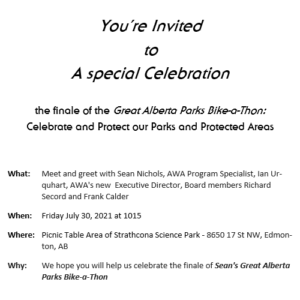 Invitation: I would like to invite everyone in the Edmonton area to a special celebration of Alberta's Parks and Protected Areas, at the finish line of the Great Alberta Parks Bike-a-Thon!

It will be held at Strathcona Science Provincial Park in Edmonton on Friday July 30 at 10:15 AM.

If you, or anyone you know, is in the Edmonton area and cares about Alberta’s Parks and Protected Areas, I’d love to meet you and chat! 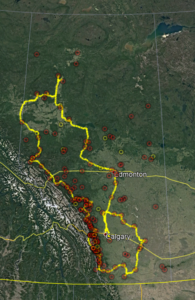 Well, here we are - finally. The trip has been delayed twice: once from June to July because of my personal concerns regarding Covid, and how advisable it was to travel (a decision made back in April/May when cases in Alberta were near their peak), and then a smaller delay just in the last few days due to a number of small logistical issues. (I was planning on leaving July 3rd, but that... didn't happen). However the bike is all packed up now, and I'm a mere hour or two away from hitting the road! After the delays, I've changed my planned route a little bit (I've had to shorten it by a few days, but I still expect to cover ~ 3800 km, and most of the parks, even though I will no longer make it up to Rainbow Lake and Fort Vermilion). The map to the right shows where I'm headed (route starts and ends in Calgary, direction is clockwise). Will add social media links shortly. Stay tuned!

The idea for this trip began, as all big ideas must, with a spark of inspiration. Late in 2020 as I was compiling resources on the list of parks that the Government of Alberta had at the time slated for closure and delisting, I was struck by how many of these parks I didn’t know anything about (as I’d wager most Albertans don’t), but how many of them looked fascinatingly beautiful. Doing the research I came across wave after wave of truly hidden gems, tantalizingly peeking out at me from every corner of the province. There are 164 parks in total that were on the chopping block – it is a truly staggering number that only really comes into focus once you take them one at a time. Surveyed as a whole, it is all too easy to reduce these parks to a mere abstract number which does them a huge injustice.

So it was right then that I was inspired to visit all of these places, before it is too late, and they disappear – literally! – from the Provincial map.

It will not surprise anyone who knows me to learn that it was only a matter of time before I was deep in the process of finding a way to bike to every one of these parks… both to explore them for myself, but also to raise awareness; to show them off and to bring their stories to all the other Albertans who know very little of these amazing places.

Since this trip was originally dreamt up, the provincial government has announced they are reversing their original decision, and will not, after all, be closing these parks as originally planned. However details of this supplementary decision are scarce, and it remains unclear what exactly the plans are for them, or for Alberta’s parks network in general.

If you care about Alberta’s parks, or are in any way inspired by these stories, AWA would appreciate your donation. All money donated in support of this bike trip will be put toward AWA’s work protecting our park system from closure and other ongoing threats.

Be sure to bookmark this page where I’ll be posting stories, photos, videos and other links from the trip once it starts in June July!

I will also be posting these stories to Social Media (links are above) for those who prefer to receive updates that way.

Also, if you are interested in biking along for some part of the adventure, I’d be glad to be joined by the occasional co-explorer! Some distance and/or highway biking experience would be preferred, but I’m happy to adjust for skill levels, etc. Feel free to contact me using the form below, or at snichols@abwild.ca and we’ll see what we can work out!