What Happens with Abandoned Oil and Gas Wells: A Field Trip with Tako Koning

The day was cool, the sky cloudy with the distant threat of rain on the horizon. Not far from Frank Lake, cars were pulling up and people gathering for a road trip that would take us to eight stops in Southern Alberta, focusing needed attention on the abandonment of oil wells and the development of renewable energy. Tako Koning, a professional petroleum geologist with years of experience organizing this tour, led this August 27, 2022 field trip. 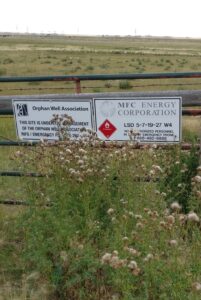 It was short drive into the Frank Lake Important Bird Area (IBA). From the shore, we watched pelicans and gulls soaring, floating in the rippling waters or standing on the islands. Frank Lake is a restored wetland and an Important Bird Area, and is recognized for the large congregations of birds, particularly for migration and breeding.

We wandered along the shore, through tall grasses to the inflow where treated wastewater flowed into Frank Lake. The water comes from High River and Cargill, and helps to keep water levels at Frank Lake constant. It was one of many adjustments made to stabilize water levels in Frank Lake, which once fluctuated between flooding and dry conditions with the seasons. To prevent severe contamination, Alberta Environment and Parks monitors and regulates the wastewater that enters Frank Lake.

From Frank Lake, we drove north, stopping to note the signs indicating abandoned gas wells before arriving at the former Mazeppa Gas Plant. Built in 1986, ownership passed through various companies before the last owners, Lexin Energy Corporation, declared bankruptcy in 2017. From across the road, we could see what remained of the gas plant. The Orphan Well Association (OWA) has been removing equipment at the site and working on environmental restoration and remediation, with salvageable parts being sold to reduce costs. Many components have already been removed, including the taller structures, and only a few buildings remain.

Next we headed east, to the agricultural fields where Elemental Energy has proposed to construct the Foothills Solar Project. The project is proposed as a 150 MW solar farm covering over 1,600 acres. This is one of many solar projects Alberta has been developing in support of Canada and Alberta’s commitments to reducing carbon emissions. However, this project draws concern for its close proximity to Frank Lake. Birds can collide with solar panels and transmission lines, leading to injury and death. It is suggested that waterfowl may be attracted to solar panels due to the reflection of light off the panels being similar to that off water. While solar energy is important to reduce Alberta’s carbon emissions, placement is also important, and the proximity to Frank Lake risks many important bird populations.

By the time we reached Willow Creek Municipal Park, a 200-acre park in a grassland valley, the rain had at last caught up to us. Climbing to the ridge, we were greeted by the open meadows, a few distant trees and shrubs, and the remnants of a tipi ring.

From there, we headed through ranchlands, passing the historic Flying E Ranch and entering an abandoned gas field and a well now under the management of the Orphan Well Association. The association works to manage and safely decommission oil wells that lack a responsible party, often a result of companies declaring bankruptcy.

At last, we headed north, to the village of Longview, and an active oil pumpjack positioned in a residential neighbourhood. We finished the trip at the Twin Cities Hotel in Longview, a historic cowboy bar, where we gathered for a final discussion and a meal. It was an informative trip that not only spotlighted the fossil fuel and renewable energy industries, but also showed some truly breathtaking views of southern Alberta. 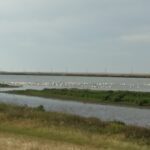 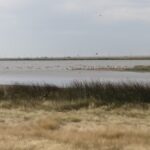 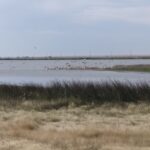 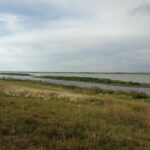 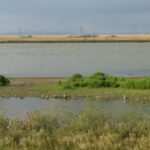 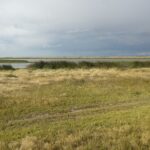 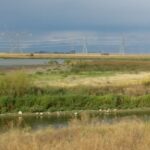 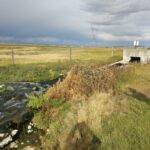 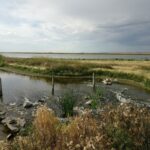 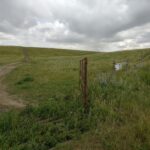 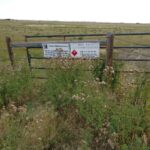 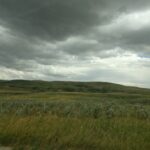 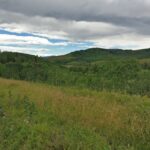 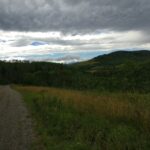 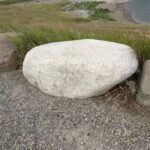 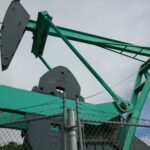 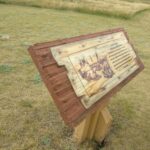 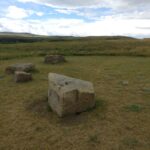 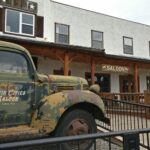 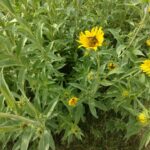