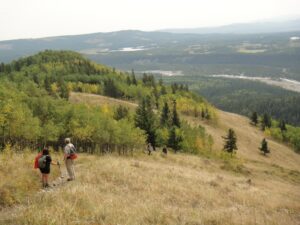 Lesueur Ridge is a steep sandstone ridge facing south overlooking the Ghost River Valley. It’s the first higher elevation feature when traveling from the Bow River through the foothills to the north. And it’s a short one-hour trip from NW Calgary to the trailhead where, on September 12, a small but diverse group met on a sunny but cool fall day. The ages of participants ranged from 12 to 76, and people clearly enjoyed meeting each other (some for the first time), and there were many good conversations during the hike. In addition to admiring the scenery and the local fauna and flora, the opportunity to meet, and converse with, old and new friends is one of the great pleasures of hiking with AWA.

Although the hike is rather short, there are some seriously steep sections that provide good excuses for brief stops to take in the increasingly far-reaching views and appreciate what was left of the summer’s wildflowers. The fall date was chosen to enhance the hike with fall colours which had just started to appear in their glory. Aspens, Black Poplars, willows, fireweed and various species of shrubs showed off in yellow and orange and red, in stark contrast with the dark and mighty Douglas fir trees that are quite common on and below the ridge.

Once the group reached the top of the ridge we stopped for a break to take in the view which ranges from downtown Calgary in the east to Black Rock Mountain and Devil’s Head in the northwest. Straight to the west were the high mountains of Banff National Park, and to the south, almost straight below us, were the winding channels of the North and South Ghost River. Close by, to the west, was Lesueur Creek, a tributary of the Ghost River, with its many wetlands created by beavers. A couple of ravens checked out the group, showed off their aerial acrobatics, and one of us responded with raven calls but otherwise is was beautifully quiet – close to a wilderness outing. We took a different trail down and walked out on the lower trail that runs along the creek, making it a beautiful loop hike. To round off the experience and let the good feelings linger, we still gathered for some refreshments and more talk at our place in Benchlands on Highway 40.

Considering the short distance from Calgary and the rather small effort and time needed to reach the top of the ridge, Lesueur Ridge is a worthwhile outdoor experience, especially when in support of AWA. I very much appreciate the generous support for AWA from all the participants, even those who could not make the actual hike. 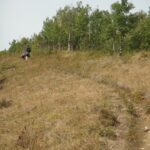 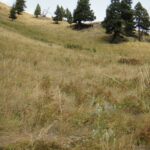 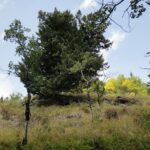 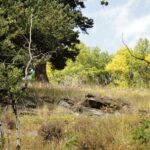 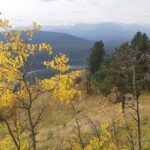 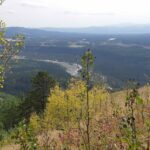 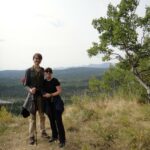 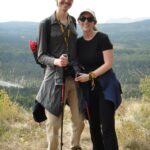 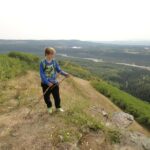